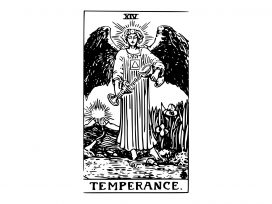 Matilda Amundsen Bergström revisits temperance – the sixth century ethical cornerstone, dismissed as ‘naïve, if not downright silly’ in postmodern times – as a means to redefine limits in a seemingly boundless world.

Glänta’s ‘toolbox’ contains concepts for building new and tearing down old societal structures. Thinkers from different guilds, invited to contribute a tool of their own, present the means to construct, reconstruct, deconstruct or apply whatever other operation may be needed. Among their devices are old concepts that are being revived and those whose area of use could be different from when they were originally constructed. Other concepts have been formulated during our time but still need to be put into practice. Further concepts are new inventions for new purposes.

In addition to the strong, almost overwhelming feeling that we need to compile an inventory of concepts available for today’s critical activities, the idea of this toolbox is based on three statements that were given to contributors:

The first is Ludwig Wittgenstein’s general description of language published in 1953: ‘Think of the tools in a toolbox: there is a hammer, pliers, a saw, a screwdriver, a rule, a glue-pot, nails and screws — the functions of words are as diverse as the functions of these objects.’1

The second is Gilles Deleuze and Félix Guattari’s 1991 definition of what philosophy is: ‘philosophy is the art of forming, inventing, and fabricating concepts.’2

And the third statement was published by Audre Lorde in 1984: ‘The master’s tools will never dismantle the master’s house.’3 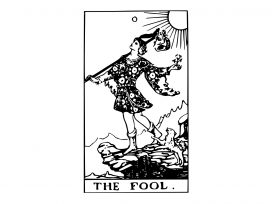 Being an idiot might be exactly the subversive tool we need in our communication-obsessed world, suggests Miriam Rasch. In times of heightened surveillance capitalism, non-communication can becomes active interference. It might not quite be time to throw away your phone, but inefficiency and deceleration could be useful tools.

Audre Lorde’s proclamation is often translated as a question even though she was very clear of the master’s tools’ impotence. They ‘may allow us temporarily to beat him at his own game, but they will never enable us to bring about genuine change. And this fact is only threatening to those women who still define the master’s house as their only source of support.’ This was, however, written in another time and another context. In 1978 she was the only black lesbian invited to a feminist conference in New York. At the venue she asked herself an only partly rhetorical question: ‘What does it mean when the tools of a racist patriarchy are used to examine the fruits of the same patriarchy?’4

There are those who would say that it is not only possible but rather the only thing that can actually make a difference – to use the tools of power in a critical way, against power. And so they do. Maybe only old tools are applicable in the time of retrotopias, in relation to all those who dream of lost empires: Trump, Xi Jinping, Erdogan, Putin. Others tend to agree with Lorde and, therefore, constantly create new tools. Still others would argue that the most reasonable approach is to constantly redefine old tools in new ways.

Lorde’s master’s house statement could be rephrased in many ways with a question mark at the end. Is it better, more effective, to work from within or from the outside? Is it even possible to choose? Is there really an outside position from which it is possible to act critically in a useful way today, with your own tool, in relation to an inside? Maybe all of these issues can at least make better use of our tools, both old and new, with new toolboxes, tool sheds and user manuals. Because, if old weapons are not effective in fighting new enemies, it is also not so certain that new weapons will be effective in fighting old enemies. Instead, old tools can find new uses and new tools can awaken old and forgotten knowledge.Read Karl Palmås’s article 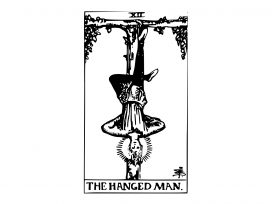 The state of suspension