The delegation from the Forest steps up to the rostrum, followed by delegations from the Atmosphere, the Oceans, the Endangered Species and the Amazon. They will join national delegates as well as representatives of NGOs and transnational companies. Together, they have three days to negotiate and agree a global climate agreement.

It is May 2015 and we are at the Théâtre Nanterre-Armandiers, west of Paris. Two hundred students from around the world are experimenting with alternative visions for COP 21, the official version of which will take place a few months later. The project was born out of the belief that problems of representation are to blame for climate conferences’ failures to achieve tangible results. In the face of environmental crisis, nation states can no longer expect to have the stage to themselves as they do at international summits, where their delegates debate in official fora while charities, NGOs, scientists, and lobbies remain outside, trying to make their voices heard.

The performance is an opportunity to imagine a different type of political space, one where all parties can come together to discuss a situation in which the problems go well beyond the confines of nation states. It is a scene that resembles the United Nations; but in this version the representatives of human communities debate on equal terms with those of the other beings that inhabit the planet.

Is a future possible in which every inhabitant of the Earth, human and non-human, has its own representative and legislative power? The first step was taken at the end of the 2010s, when several natural entities in various places around the world were endowed with rights and the capacity to be represented in court. Since March 2017, the Maori community has been entitled to act as the legal representative of the Whanganui River, which flows through New Zealand. That same year, India recognized the Ganges and Yamuna Rivers as ‘living entities having the status of a legal person’. 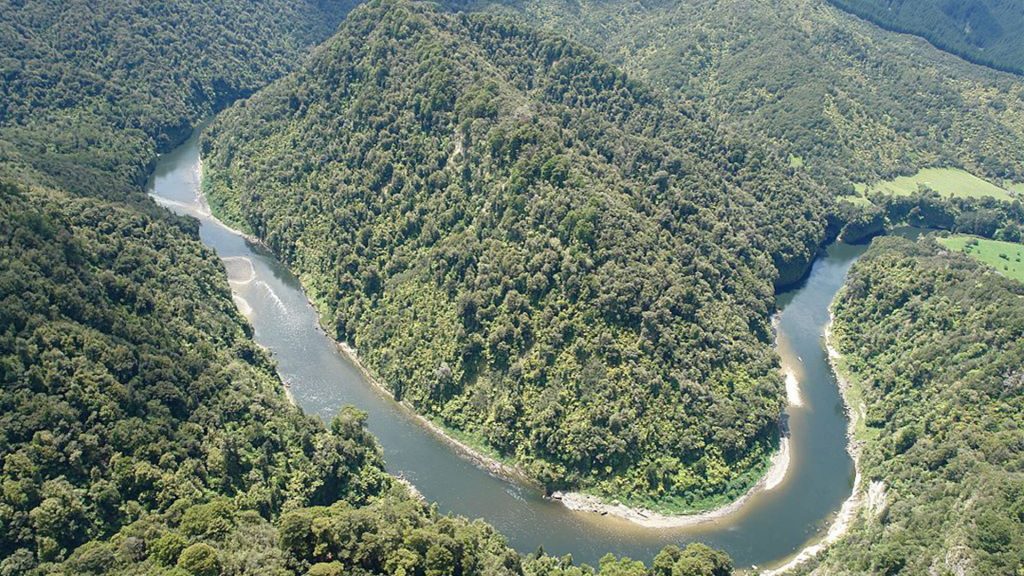 Establishing natural environments as legal subjects with the ability to defend themselves, or obtain compensation via representatives, is a significant development in the history of a claim first made in 1972 with the publication of Christopher Stone’s seminal essay Should Trees Have Standing?1 Two years before, the California Court of Appeal had rejected a lawsuit brought by nature conversation association against a tourist development project proposed by the Walt Disney Company that threatened an ancient sequoia forest. The court explained its decision on the basis that there was no personal injury to the association, and that it therefore lacked standing to sue.

But as Stone pointed out, while its members may not have been personally affected, the trees certainly were. Using that case, he suggested ‘quite seriously … that we give legal rights to forests, oceans, rivers and other so-called “natural objects” in the environment – indeed, to the natural environment as a whole’. In his view, this would be a continuation of the trend of recognizing the rights of groups such as African Americans or women in most countries. In those cases, too, the notion had seemed unthinkable, even scandalous.

Bruno Latour followed this line of thought to its extreme in his book Politics of Nature (1999/2004).2 Latour started by questioning the two divisions constituting the dominant view of the world since the Enlightenment. First, the division between the political – corresponding to values, moral judgements and norms – and the factual; in other words, between assemblies where laws are created and scientific laboratories where pure data are recorded. Second, the division between the ‘human’ world and the ‘natural’ one, the latter being most often defined as everything not included in the former.

As the scale of the environmental emergency becomes clearer, the possibility of legal and political representation for non-human beings is becoming less and less incongruous. A whole string of public health emergencies, from ‘mad cow disease’ to the coronavirus pandemic, have shown that developments in laboratories and scientific disputes are now a central part of public debate. Where would that debate be without the studies and publications of the Intergovernmental Panel on Climate Change (IPCC)? We have discovered how difficult it is to class as ‘natural’ the conditions under which a biological entity like Sars-CoV-2 emerged and circulates, and how intimately related its effects are to the structure of our societies and economies. In his 1999 book, Latour imagined what a constitution that acknowledged this entanglement of facts and politics might look like.

Towards a parliament of things

We see discussion with non-humans as impossible or fanciful because, argues Latour, we are reluctant to give a voice to the things that concern us. How can we overcome our reservations? Of course, plants, rivers, mountains, the climate – or pangolins, bats and bacteria – cannot speak for themselves, or at least not in the same register as us. But such beings can be equipped with ‘phonation devices’, argues Latour. Indeed, this already happens every time tools are used to render them visible and report on their conditions of life and equilibrium, their ability to influence each other, and so on.

If the beings that inhabit the Earth do have the capacity to make themselves heard, even if only indirectly, how should the debate be organized? Latour considers the constitutional model of parliamentary democracies and suggests organizing political debates in a classic bicameral arrangement. But the questions each of the two chambers of parliament would address are not those we are used to. The upper chamber would be given the task of finding out ‘how many of us there are’. This would require not a census but rather the formulation of an ‘us’ open enough to include every component of a shared world within which human and non-human beings can establish peaceful – or at least civilized – relations based on dialogue.

The question of ‘how many of us are there are’ would be one of the first this constitution would have to tackle. Almost every day, new beings assert their existence as part of the shared world and clamour for recognition of their place within it. Think of the gradual realization of the role played by pollinating insects, whose spokespeople are not just biologists but also beekeepers. In the proposed model, it is the upper chamber’s responsibility to set the tests that must be passed before a new entity can be allowed to join the discussion, and to decide who would be its best representatives.

Many of our contemporaries accept the existence of subtle energies – should they be included? At the beginning of the mad cow disease crisis, the existence of the prion was by no means evident. If a virus presents itself as a candidate for inclusion in the community, a whole range of instruments, laboratories, questionnaires, clinical observations and data collections are required before it and its virologist spokespeople can assert: ‘I cause a fatal and unexpected disease that you will have to take into account.’ Or for bees to be able to claim: ‘Without us, our world would rapidly be deprived of all its fruit and vegetables.’

The open-ended work of this upper chamber is to determine who else the already included beings must reckon and engage with. The lower chamber’s job is to check that the newcomers are compatible with the beings already in the shared world and, if not, to arrange things so they can coexist. In some cases, coexistence may be deemed impossible: the coronavirus makes no positive contribution and must be eliminated or neutralized; a particular invasive species must be curbed; a promising fertilizer threatens the existence of rivers and all who inhabit and benefit from them; and so on.

But in these cases, at least the debate would have involved all those who make up the collective, rather than taking place in the corridors of interstate organizations, among interest groups with no formal discussion procedure, or in laboratories where there is no guarantee that decisions concerning communal matters will receive the publicity they deserve. In a system where every being in the world was assured representation, it would be possible to have a proper discussion of the optimal hierarchy or maximum compatibility of those entities.

Latour’s thought exercise, the recognition of the legal personhood of rivers and mountains, the theatrical prefiguration of an assembly where all the constituent elements of life on Earth would have the chance to join the debate, to argue and to negotiate – all these experiments highlight the limitations of traditional forms of representation at a time of public health dangers and environmental crisis. At the same time, they stimulate our imagination, awaken our taste for utopia, and invite us to follow suit.

This article was published in cooperation with CAIRN International Edition,  translated and edited by Cadenza Academic Translations.